Tim's adventures with a media pc

Visit our page of Useful stuff and see what you could do!

Also in this section

Since 2010, my church St John Newland, Hull has been broadcasting services live on the internet. We do this mainly for church members who cannot attend due to illness or family reasons, though we do have a following of relatives and ex-St Johns members across the world.

I sometimes get asked for the technicalities behind this, so this page is my record of how we got to where we are now. 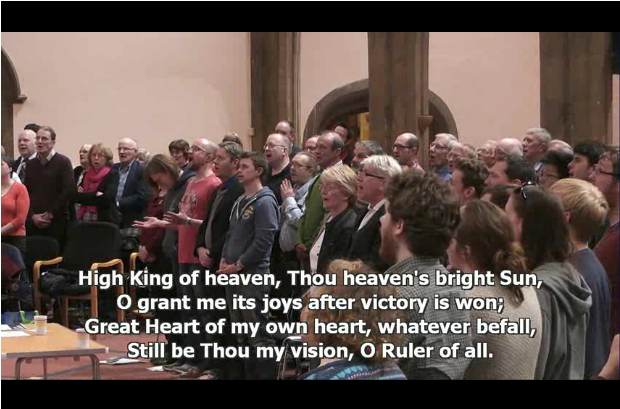 ur original system used two CCTV dome cameras with joystick controller, and a Panasonic AVE5 vision mixer. This was captured into a PC using a £15 USB DVD-maker dongle and broadcast using UStream (after an experimental period using Skype video to a single recipient).

This had several problems, it required a lot of concentration to operate the camera controller and the vision mixer separately, and the 2 cameras looked completely different to each other. 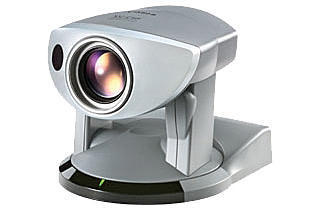 . These had great video quality and were much more unobtrusive than the dome cameras. To get round the controller problem, I made a control box which automatically controlled both the vision mixer (by RS232) and the cameras (by VISCA protocol) using a simple set of camera buttons and a joystick. A CCTV quad viewer allowed us to see all the camera outputs.

The next problem came with UStream. They had started running "lower third" adverts on the stream, which occasionally had unsuitable content for a church broadcast but were bearable. However they then started interrupting the stream at random intervals for a full screen advert which could run up to 60 seconds. This was unacceptable and we had to find an alternative. We moved to Bambuser, a Swedish company who (at the time) offered live streaming with no adverts, what a relief. We also upgraded the vision mixer to a Datavideo SE500  which had greatly improved picture quality over the AVE55 and had a built in quad split viewer.

After a time Bambuser started charging for their streaming service, but introduced a "Church" rate which was affordable for us.

This system ran successfully for some time, but in August 2013 the church interior was reordered and refurbished and it was time to think of how we could also improve the video system. The main requirements were HD recording to allow us to make high quality videos for training etc, and to be able to overlay the song and liturgy words on the screen so people at home could join in (we project these using Easyworship).

We decided to use a Blackmagic Atem-1 vision mixer with 4 Datavideo PTC-100 HD cameras and a customised control system using a touch screen to operate. The Atem-1 is an amazing device which has 8 inputs (4 HDMI, 4 HDSDI), built in multiviewer output, lots of keying and overlay options. We also use it as a matrix switcher to control the feed to the projector.

The Datavideo cameras were a disappointment in a number of areas. The main one is they had a horrendous image lag of about 12 frames (nearly half a second) which made them unusable for putting up closeups on the screen. The control protocol was also mostly undocumented and most of the documentation that did exist was wrong, so controlling them was a bit of a nightmare. Nevertheless we got it working and it ran successfully for 2 years.

In 2015 we were offered funding to upgrade the cameras and have changed them to 4 Panasonic AW-HE40 cameras which are lovely. We have also acquired an AW-HE2 camera from ebay which is a wide angle lipstick type camera.

Bambuser closed down in 2017 at which point we moved to Youtube for live streaming, using the excellent OBS streaming software. I wrote some code using the Youtube API so that our live stream web page would automatically show whether we were live or not; if so it would play the live stream, if not it would offer the most recent video. This was a bit involved (surprisingly as I would have expected it to be a basic requirement) but it works now.

Youtube is very good at modifying the stream quality to suit the receiver's bandwidth, a problem we sometimes had with Bambuser where people on a poor link would get stuttery video. Now they just get fuzzy video but at least they get it.

We have also had some fun with copyright on Youtube, they have an automatic copyright detection system which detects a lot of our songs as copyright recordings. We are emailed warnings and occasionally ads get run over the content, but so far nothing further has happened.